Is this thing on?

February 01, 2012
It's an odd thing, not wanting to give up one's blog but also never really feeling like updating it. Anyway, I'll take the easy way out and highlight the past few weeks of our lives in pictures: 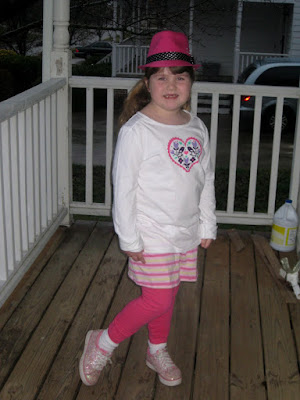 Phoebe. Is there anything funnier than a Phoebe? Above she is dressed up for her half-birthday at school (since she's a summer baby). (She did, in the end, decide not to wear the hat.) Every outfit, every clothing changed is thought out with precision detail. Where she gets her fashionista tendencies I do not know.

A few weekends ago she suddenly announced that if I did not get her a pair of jean shorts she would just die. This was alarming, but since we had to go shopping anyway, I said I'd see what we could find. Luckily we found some on sale. She has taken them off only to go to school --she wears them to bed! -- and she thinks they look best when she wears them with a skirt-shirt, as shown: 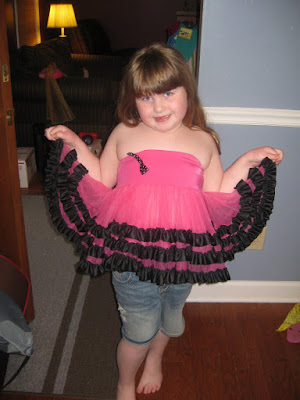 ...and is frustrated by the fact that she mostly has skorts, which cannot be pulled up to her armpits, instead of real skirts.

This is how happy she is about her shorts: 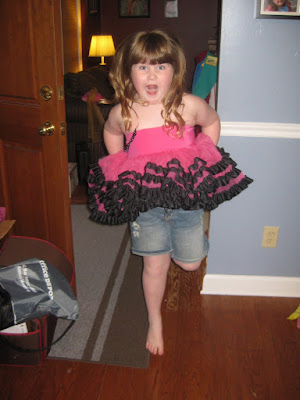 In other news, I turned forty, which...what is there to say about turning forty? Here I am on my birthday with my girls: 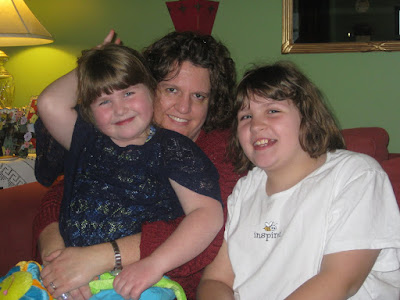 I did decide to make the afghan, and have completed 16 of the 212 pieces. I'm guessing it will be 2015 before I get it done. I made this panda for Mallory: 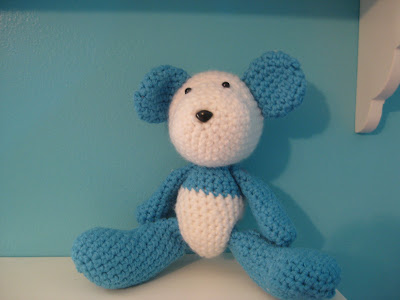 ...which coordinates nicely with her freshly-painted bedroom, of which more later.

I also made a chihuahua for Phoebe, who is on a Skippy Jon Jones kick: 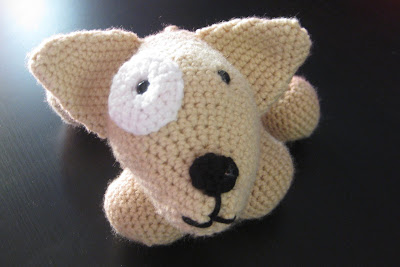 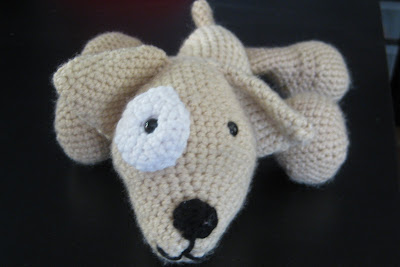 He's supposed to stand up by himself, but, well, he doesn't.

aimee said…
I feel the same way about my blog. Mostly, though, I am getting tired of all the ad comments that are always being posted.

There is nothing funnier than a Phoebe. I am so glad you bought her those shorts so she did not die. :)

I'm glad you started the afghan. It will be beautiful. The dog and panda turned out so cute.