My other daughter is also a writer 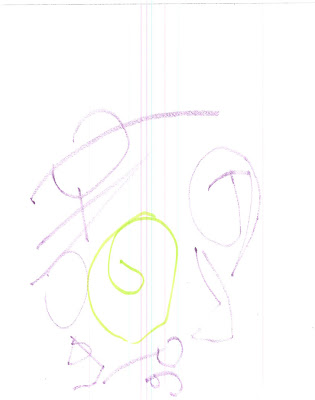 She also tried her hand at writing a story. She would draw a picture, hand the paper to me, and say, rather imperiously, "I want it to be said..." Her story turned out a bit abstract. One page, for examnple, said "There once was a queen who met a butterfly named Spots." Two pages later, she dictated, "There was a pony by the old crib, and the baby was asleep." A few pages later, it was "I want it to be said...Motherhood and cupcakes." I said, "Motherhood and cupcakes?" and she said, "Yes, of course."

She drew this picture at school: 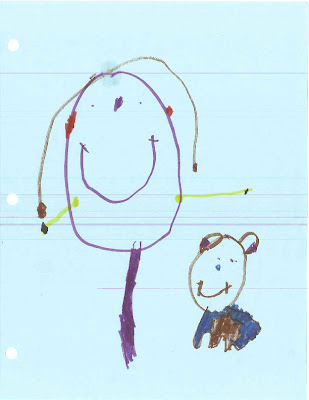 It's Phoebe herself, with a Golden Bechiever.

Anonymous said…
I love it!